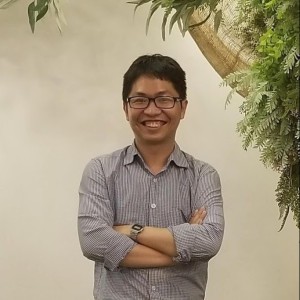 It is highly unlikely for most who have successfully made through high school to not recognize the one lined wonder written here. Yes, indeed Bayes’ Theorem.

While in high school most of us, including me knew of this as nothing more but an elegant tool to calculate the probability of an event occurring given another. But, it was only later that I realized the wonder in this small equation. Being the reason behind inspiring a whole new approach to decision making, it is nothing short of surprising that Bayes found this principle so useless and painfully obvious he actually discarded it and it got published only when it was rediscovered after his death.

So what actually is the Bayesian approach to thinking and why should it matter to you? The answer lies in the fact that there is an inherent problem in the way we as individuals think about our actions, their outcomes and our beliefs about ourselves.

Consider this — you believe yourself to be a pretty good driver. Unfortunately, on your next road trip, you get involved in a car accident. Naturally, it is something that is going to invoke at least a tiny speck of doubt regarding your abilities as a good driver. Think for a minute, what will your first thoughts be regarding this unpleasant experience you had against your belief system. Let me put it down for you :

Know what? It was the other drivers fault.
Maybe there’s something wrong with the car.
Literally any goddamn reason you can give without having to compromise your belief system.

Think of all such incidences that have happened to you in the past where you stuck to your original assumptions/presumptions about yourself instead of reconsidering your notions.

This is what psychologists like to call, “Confirmation Bias”. It is the tendency of people to unreasonably justify their pre-existing beliefs (In this case, being a good driver) when faced with contrary evidence (In this case, the car crash) instead of modifying their confidence in their beliefs. The reasons for why we do this are pretty obvious — may be an instinctive, rigid belief system, may be inability to accept failure or a high sense of self-pride. We all do it invariably sometime or the other but what is interesting is that this so called confirmation bias has led to many disastrous political and social decisions and it continues to effect bad decisions throughout numerous countries, companies, organisations, etc. even costing the organisations a fortune many times. More so, this trying to fit in contrary evidence to pre-existing beliefs by unreasonable justification is a big no-no for personal growth and self-discovery. Priors : Your original beliefs about yourself or in other words a set of things you believe are a given about yourself. (Literally the physical manifestation of the ‘A’ in the equation)
Facing evidence : This refers to having an experience that brings you to the face of supportive/contrary evidence about your priors. (The new experience is what ‘B’ refers to in the mathematical sense)
To imagine if whether your theory is wrong, would the world look different?
A probability update : This is the step wherein you look at more and more evidence and update your belief system/priors. (Literally performing the probability update P(A/B)). This is the way Bayes’ thought the world to be, he believed that there’s no way to be absolutely sure of anything in life and that all we can do is to keep updating our belief system in the face of new supportive/contrary evidence. For example, to a man who has never seen the sun in his life and always lived in a cave, seeing the sun for the first time will create a new prior for him which he will forever keep updating as he sees the sun everyday and he can never be a 100% sure that it will rise the next day. Mathematically, this is the same as the limit on applying Bayes’ Theorem repeatedly never converging to 1, given we will always have only finite iterations (In other words, he can only see the sun rising a finite number of times, i.e till he dies) and since every action of ours can only be finite in nature, backed by mathematical evidence, there is completely no sense in believing in a rigid, never changing belief system.

Another important lesson to take away from the Bayes’ Theorem is a rather interesting observation. Note that this approach to decision making works only when you have your priors right. In other words, you cannot update probabilities of you doing a thing if you haven’t thought about it yet or you cannot update your chances if you never knew something was possible because then what is your prior for doing that thing? in other words a priori probability of 0 is non update-able by Bayes’ Theorem. Hence, Bayes’ Theorem also shows how important it is to have some confidence in your priors, even if it is something impossible you have sought to achieve. As an example, if I never believed I could be a good student, I will never believe I became one, no matter how much positive evidence is given to me. Hence, this beautiful one-line formula also speaks as to how a basic belief in your core values is important for achieving the impossible. You can only do the impossible, if you believe it is possible first.

Bayesian thinking is not something hard-wired into our brains, but it has been shown how good our brain can become at internalizing it. This can also be seen as a concern, in other words, repeated failure may sometimes make us so used to failure, our probability in believing we can be successful (a Bayesian prior to success) can be essentially (well not mathematically, :)) decremented by us to 0 due to a lack of patience of the human brain, in other words, we can stop believing we can succeed as a reason of these repeated conflicting evidences and prior updates. Something that happens so often in real life, right ?

Well, Bayesian thinking also helps here and says, as long as you don’t lose hope, in other words as long as those priors don’t hit 0, you always have a chance at updating and upgrading the probability of your priors, in other words upgrading your belief that you can indeed be successful.

This is how Bayes’ Theorem and hence Bayesian Thinking are one of the most important principles in optimizing decision making processes, it is no surprise then that the name Bayes is famous all throughout mathematics where it finds numerous applications in probability theory to computer science where it is used in advanced decision making algorithms like that for spam classification to psychology.

So, this was my attempt to put into words what is one of the greatest contributions to mathematical applied rationalism, I hope more and more people implement Bayesian Thinking in their lives, their decisions and value systems to see the remarkable changes it brings. For I believe a Bayesian world (not that it is free of complications, but that is something for another post), will be a world so good to live in — a world without rash decisions, irrational biases and prejudices, not only for individuals but for corporations too.

Till then, I’ll remember to keep my priors optimal on this vision of the world!

“Under Bayes’ theorem, no theory is perfect. Rather, it is a work in progress, always subject to further refinement and testing.” — Nate Silver 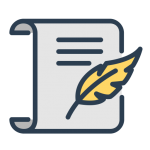 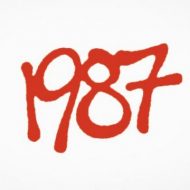 Don’t be shy – drop us a line
We’re looking forward to speaking to you!

© by Lam Phan. All right reserved.